The concept of Exploding Dots has been around for many centuries, though not necessarily visualized as dots in boxes (and certainly not as exploding dots).

The ancient counting and arithmetic device, an abacus, is simply a 1←10 machine. Its simplest version is just a series of rods held in a frame with each rod holding ten beads. One slides beads up rods to represent numbers and, in performing calculations, whenever ten beads reach the top of one rod, one slides them down (they “explode”) and raises one bead up on the rod one place to their left in their stead. 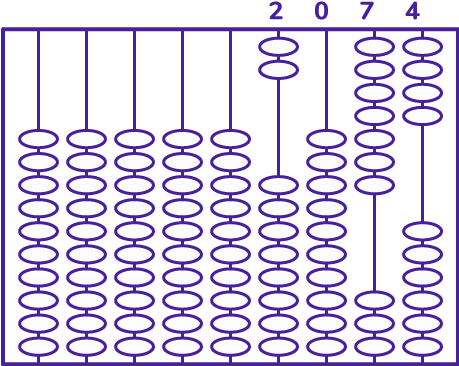 Five centuries ago, Scottish mathematician John Napier (1550 – 1617), best known for his invention of logarithms, actually discovered and worked with a 1←2 machine, but he found it useful to stack rows of boxes on top of one another to make a grid of squares, with each row being its own 1←2 machine. 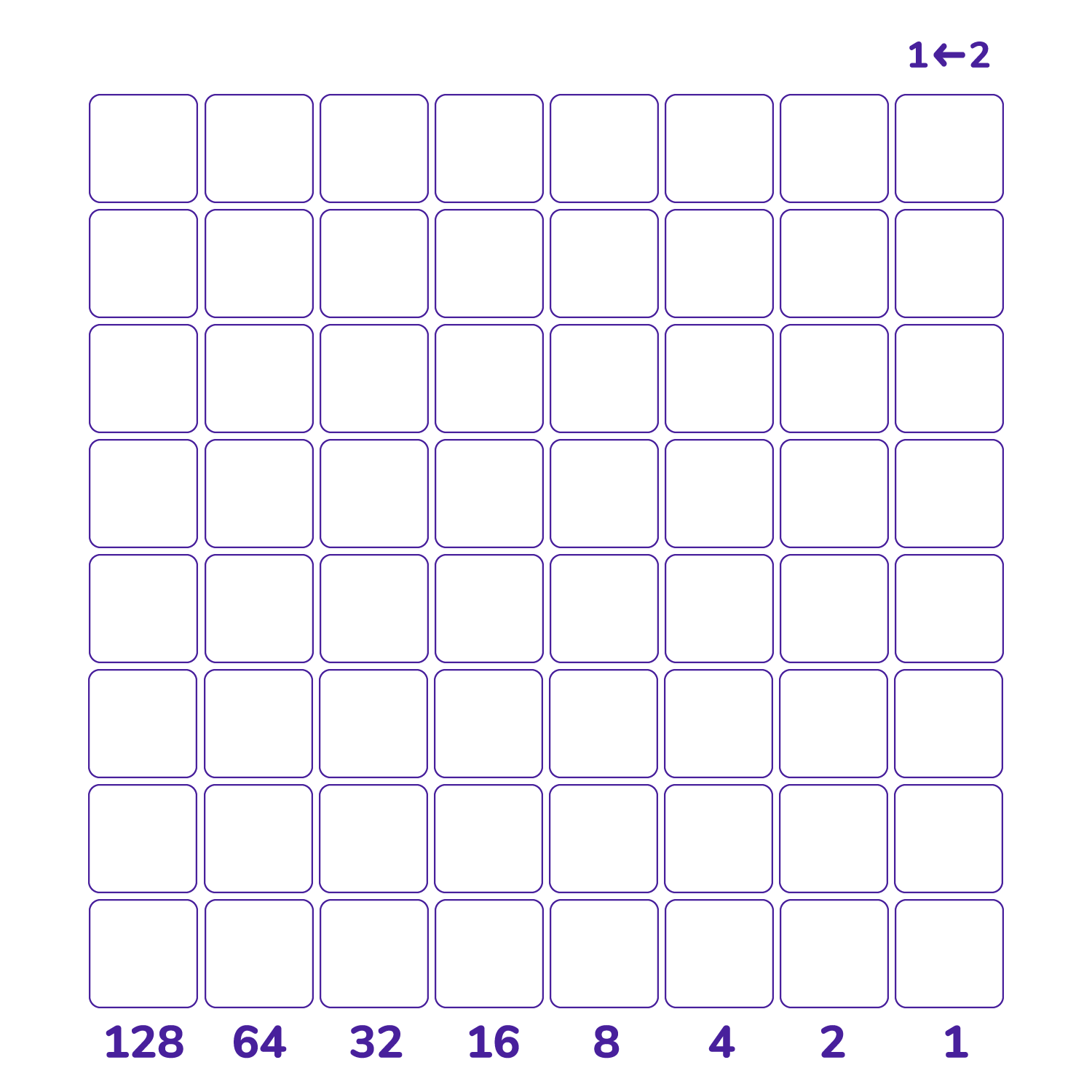 He suggested using a physical copy this grid, a wooden board or square sheet of cloth marked into squares, and beads or counters.

With this board, Napier showed the world how to add, subtract, multiply and divide numbers. He also felt it was useful for computing integer square roots of numbers!

Read on to see how. (The next few lessons have videos that explain how to use Napier’s checkerboard abacus too.)

Reference: Martin Gardner wrote about this work in his article “Napier’s Chessboard Abacus” which appears as chapter 8 in Knotted Doughnuts and Other Mathematical Entertainments (W.H.Freeman and Company, 1986) but not in terms of machines.